A long, but well-crafted, article in Scientific American, 27 June 2017, by Joshua Roebke explains the experimental history leading up to the point where “some physicists believe that we may be able to communicate without transmitting particles.”

Indeed the latest experiment actually sent a black-and-white image of a Chinese knot, over the course of several hours, to a computer, without transmitting any particles or photons. “A monochrome bitmap appeared through static, although the group had not transmitted any particles.” 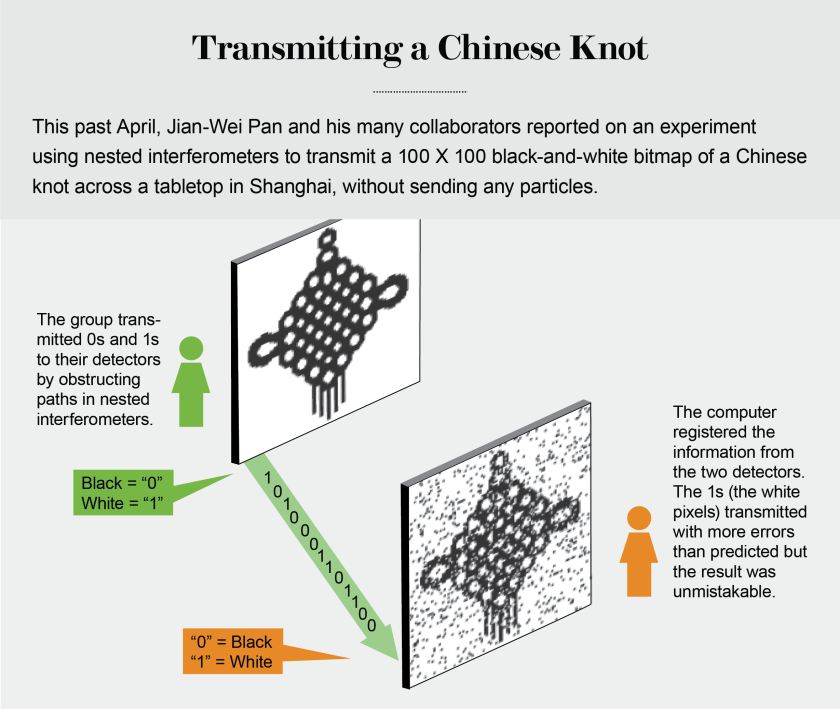 The experimental apparatus showed that, “using a chained version of the Zeno effect, information can be directly exchanged between A and B with no physical particles travelling between them, thus achieving direct counterfactual communication.”

The actual apparatus consisted of many small interferometers, nested inside a large one, and this design can be iterative, to improve fidelity of communication.

Salih and his colleagues declare, “we strongly challenge the long-standing assumption that information transfer requires physical particles to travel between sender and receiver.”